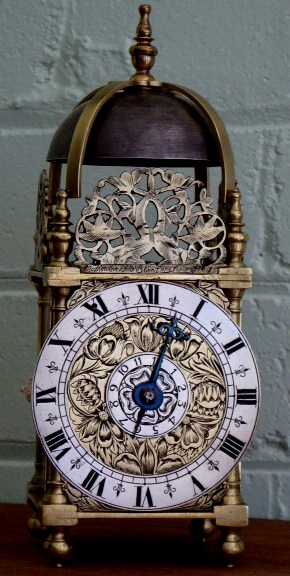 Lantern clocks were the earliest domestic clocks available to the general public. This type of clock was a development from the earlier “chamber clocks”which were only affordable by  the “ruling class” of society.

Lantern clocks were produced by almost all Western European countries and Japan in the 17 -18th Centuries. Initially with foliot and balance wheel controlled verge escapements, the application of the pendulum in the 1656 saw the beginning of short pendulum verge clocks followed by anchor escapements and long pendulums. Most of the early foliot and balance wheel clocks were converted to pendulum for better timekeeping. The last lantern clocks had large dials and long pendulums so the installation of such clocks in a wall hanging wooden case gave the “hooded wall clock” followed by the floor standing wooden cased “longcase clock”.

The defining feature of a “lantern” clock is that the time, strike and/or alarm wheel work are behind each other, ie. perpendicular to the dial,  as opposed to the more common beside each other. 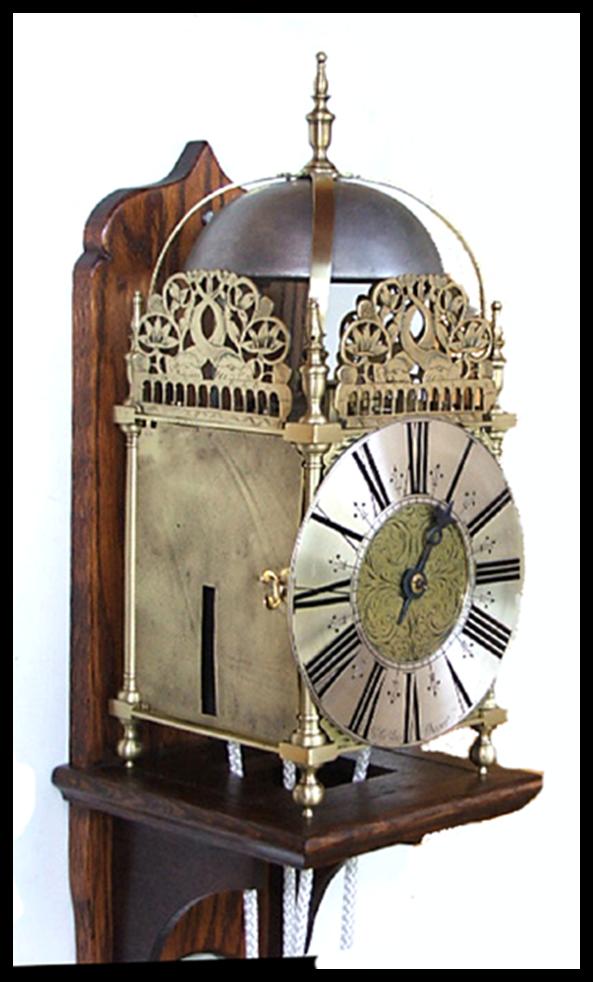 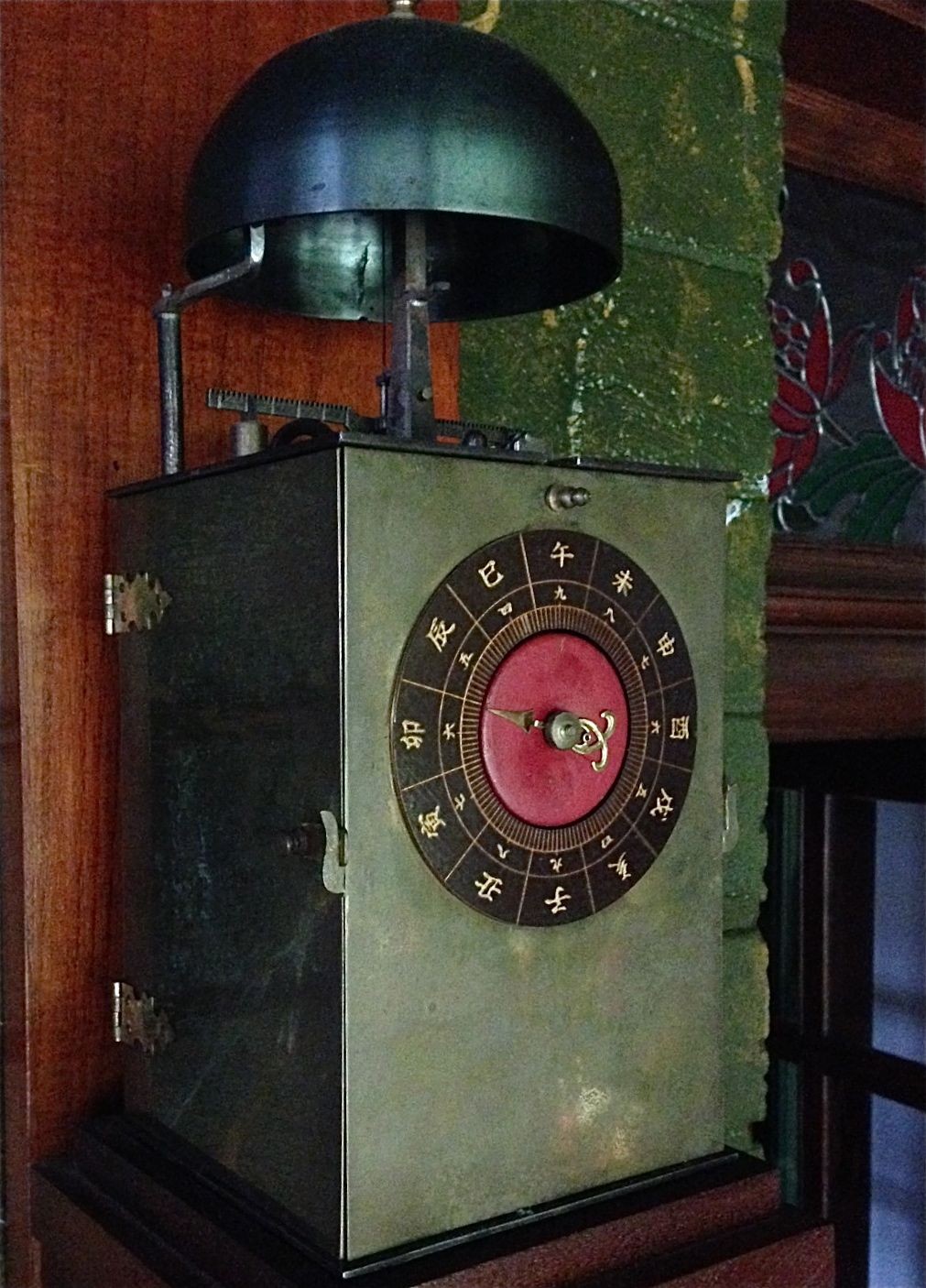 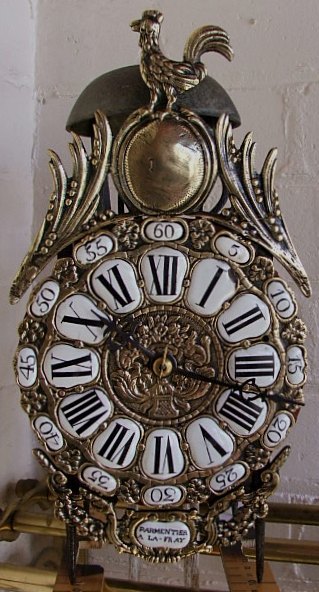 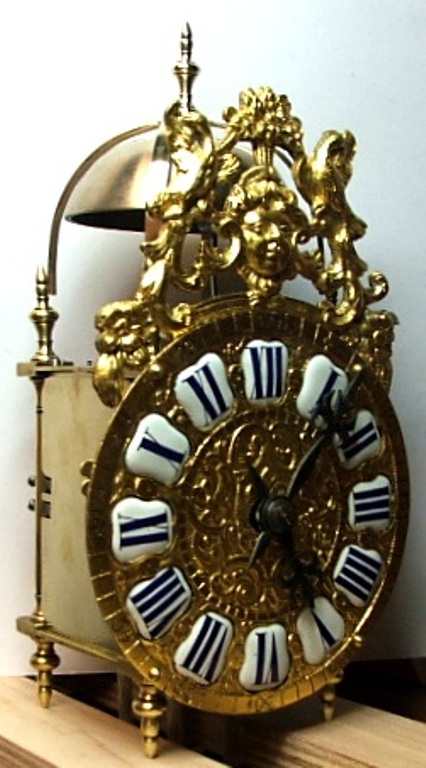 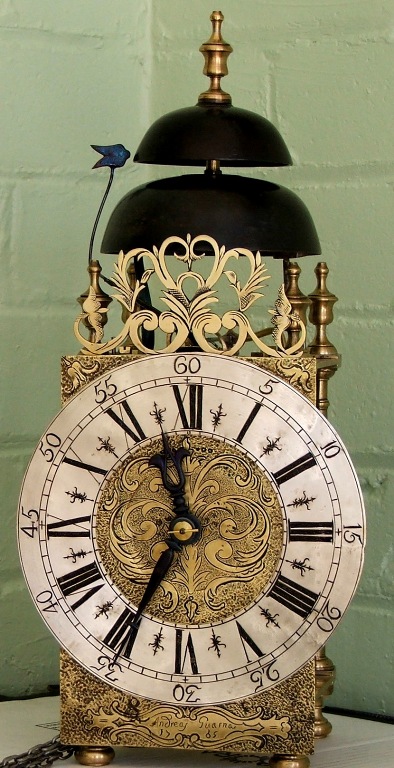 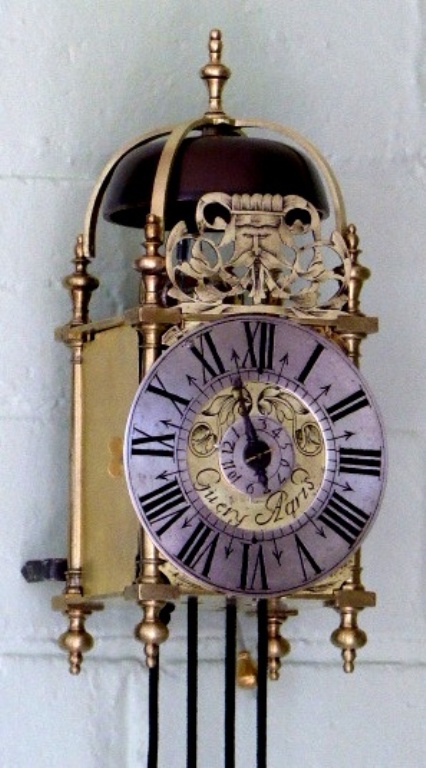 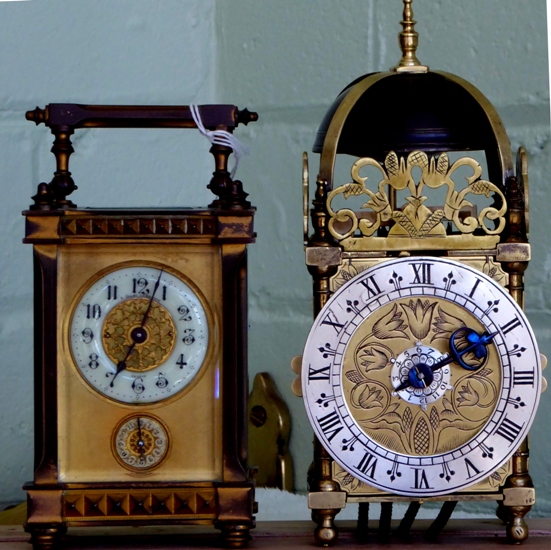 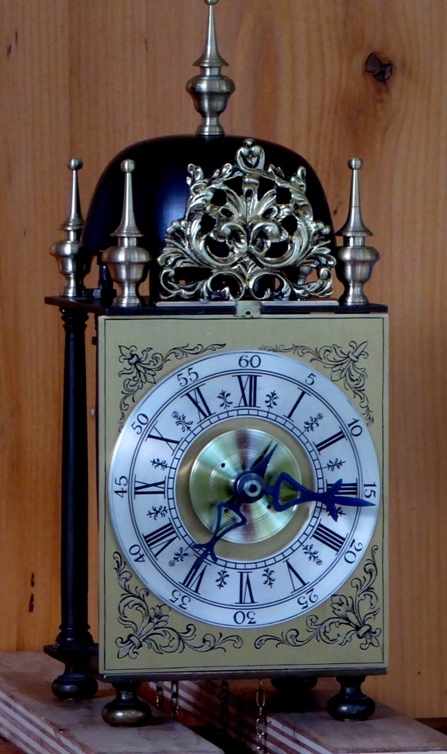 Time and strike with a single foliot. 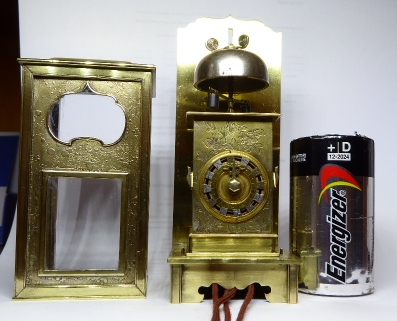 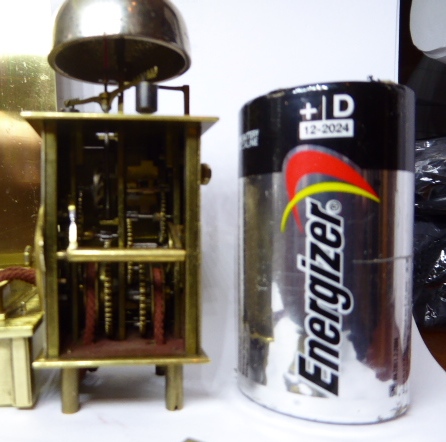 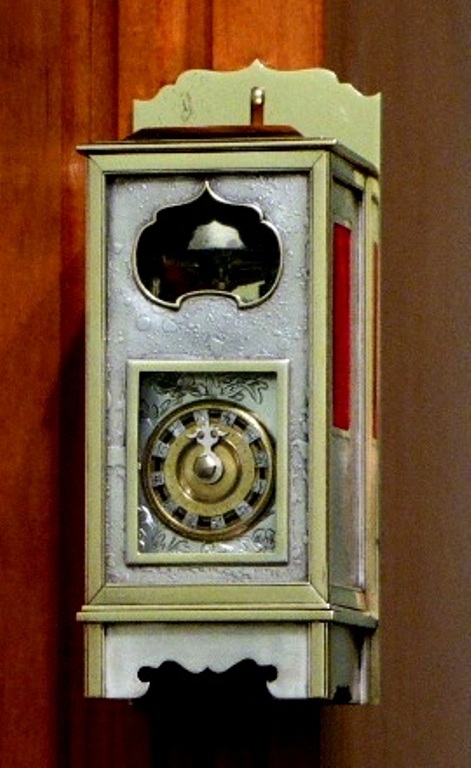 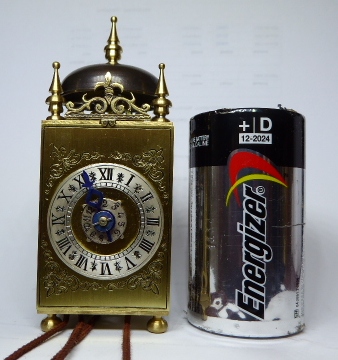 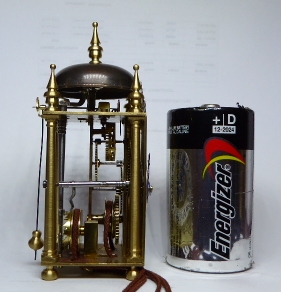 This clock was missing many parts but it had never been subjected to conversion to short bob verge or anchor escapement. It is being restored with extreme faithfulness to the original even so far as to source old metal of the period to use for part production. 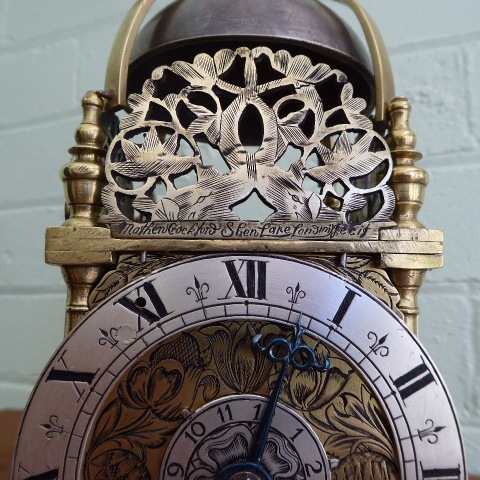 When purchased the clock was in a very dirty, but operational condition. Hidden under the grime and a layer of orange lacquer was a silver dial, iron frame and a mix of iron and brass wheels.

The time train winds from the front and the strike train from the rear.

The fixed , spring barrels are finely engraved in a foliate design. 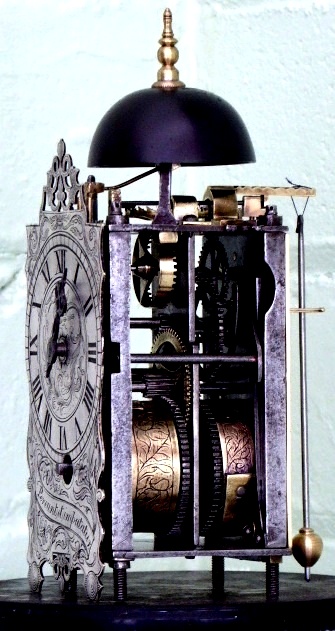 A full restoration of a large lantern clock. The Going train was missing hence this was completely rebuilt and the crown wheel and verge escapement re-instated. 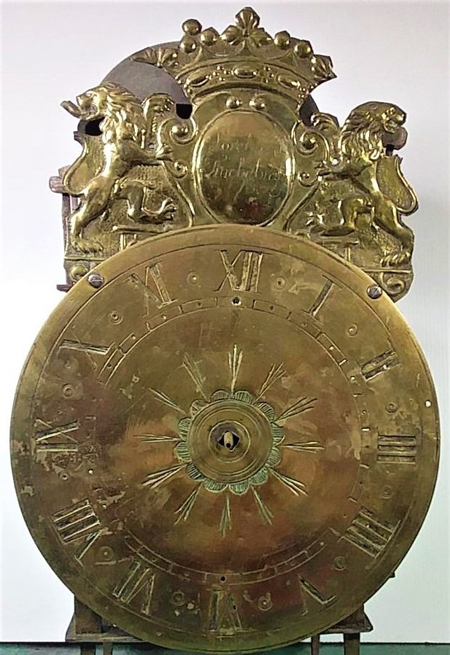 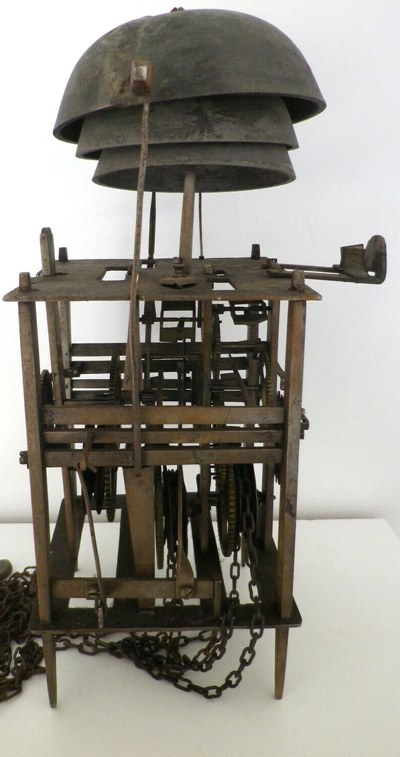 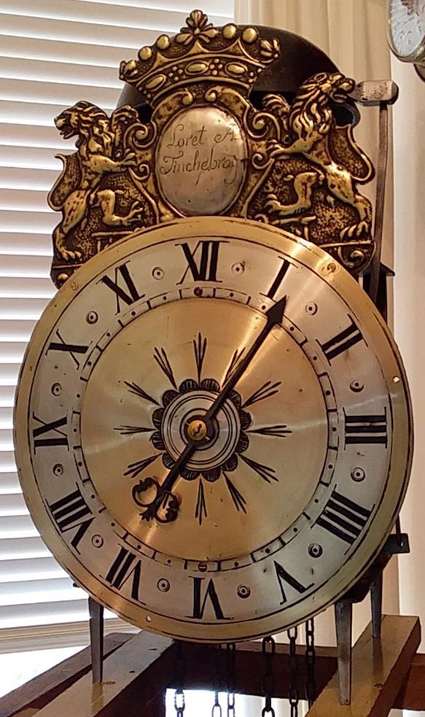 There very little of this clock remaining but enough to allow a full restoration of movement and case. Aging of the new parts was undertaken to have the entire finished clock of a similar patination. 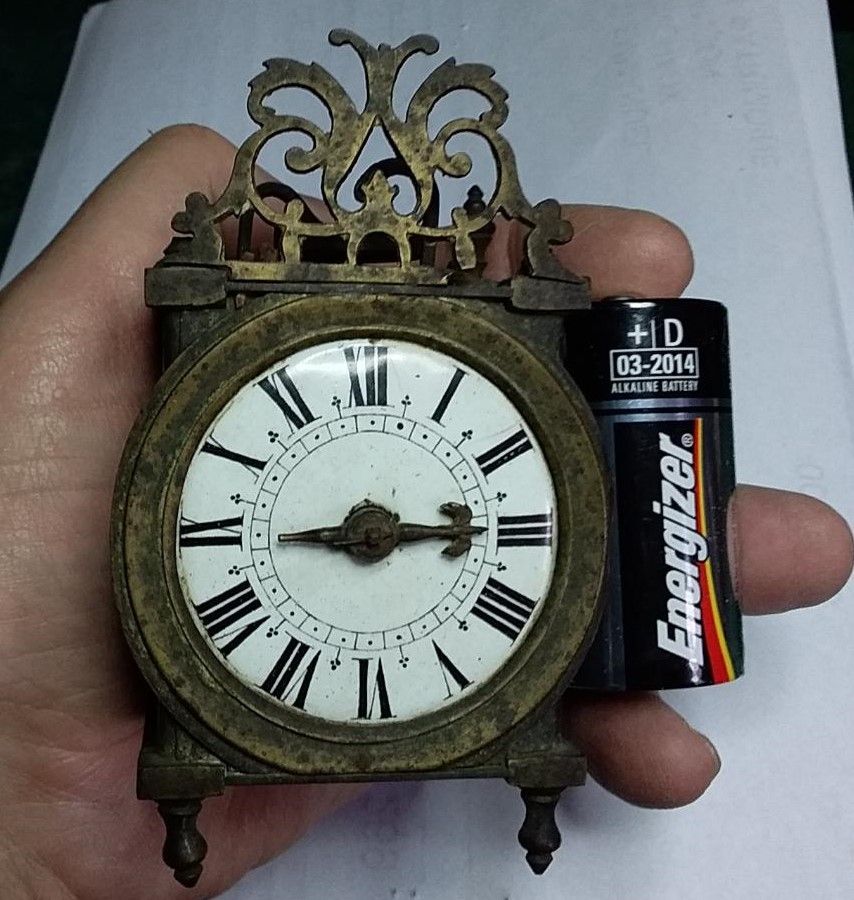 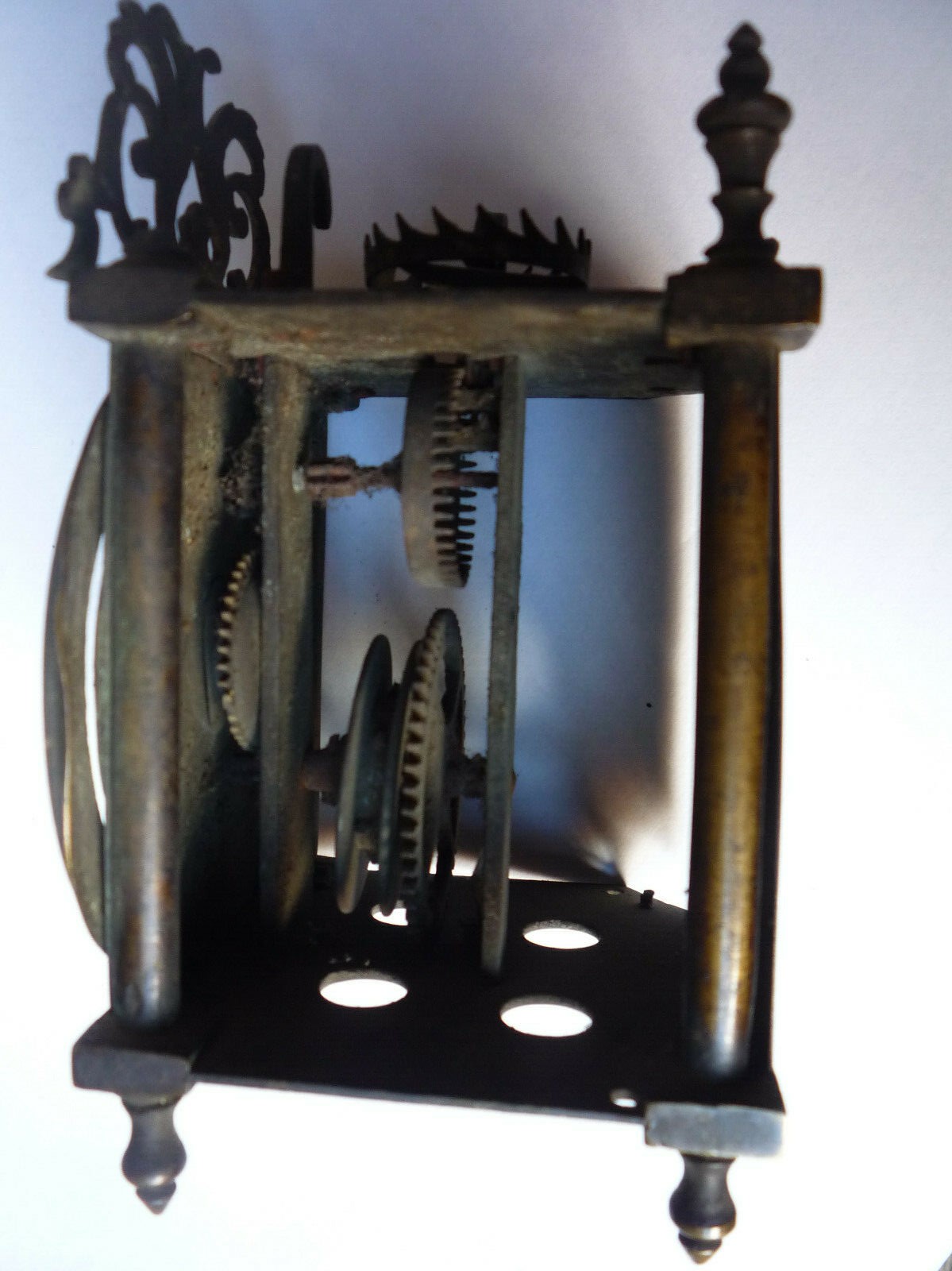 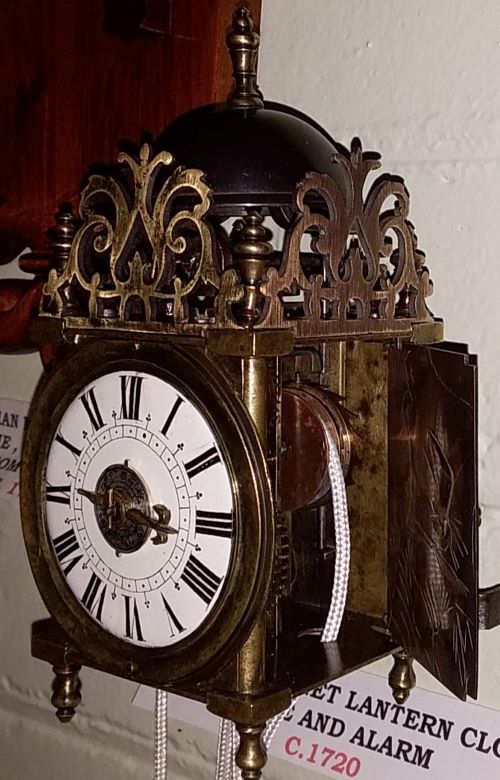